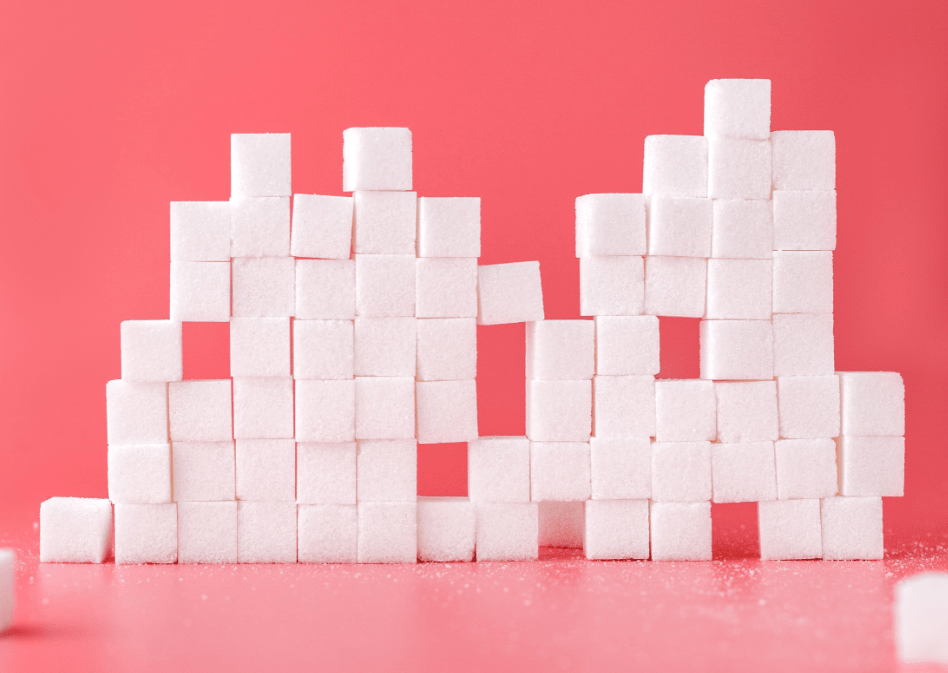 “Eat healthy food!” says everything and everyone these days. And it seems like we hardly need an explanation for the word healthy here: lots of protein, lots of veggies, no sugar… Or just less sugar?

Should we cut sugar from our diet? Or how much of it is still considered healthy, if any? Let’s do some myth-busting and dispel the common illusions and misconceptions about sugar.

Sugar is a source of instant pleasure because of dopamine. This hormone brings us a feeling of joy and satisfaction once produced and released into our system. Sugar triggers it to stimulate humans to eat more food like that so that it can store the energy from those resources.

Since nothing like that had ever happened to our ancestors, the current amounts of sugar are unprecedented for us as organisms. Our bodies keep thinking sugar is a rare treasure and try to get more - just in case there won’t be any of it later on.

This explains the demand for sugar but doesn’t prove the existence of addiction. A state of wanting and a state of needing are two very different conditions, and addiction is the latter. When an organism can’t produce a certain element and requires a resource from the outside, that is addiction.

There’s nothing in sugar we can’t otherwise receive that would cause a condition of that kind. So far, there’s no scientific proof for any sugar to cause addiction. Psychologically, we crave more sugar due to the feel-good state it forms with no effort. But our body can very well do without it and live happily.

So, as much as this comparison is loved among healthy eaters, sugar is no cocaine. But if you feel like you can’t fight the willingness to eat, try some of these exercises - physical activity has proved to reduce the negative impact sugar has on the organism.

This belief is especially popular in relation to kids. Maybe, it’s because we all have seen children happily jumping and running when their parents bring them a sweet snack. Then, there’s also that marshmallow experiment*.

*A famous experiment where kids sat in a room alone with a marshmallow. Each kid was told that if they don’t eat a marshmallow now, they’ll get two treats later - after 10 minutes alone in the room. Most of the kids couldn’t control themselves and ate the marshmallow.

However, activity isn’t equal to hyperactivity. There’s no evidence for sugar to cause hyperactivity - same as with addiction.

… and every other known and unknown disease or condition. No, it’s not that evil.

There’s no relation between sugar and cancer cells other than one is a nutrient for the other. But the same is valid for the rest of the body as well, and sugars wouldn’t accelerate or facilitate the growth of malignant tumors - at least, no research has established that kind of dependence.

As for diabetes, this one is tricky. The relation seems undoubted and perfectly direct. Insulin helps control glucose level in blood; glucose is sugar: relation established. Well, not exactly.

Sugar doesn’t cause any diabetes directly. What it can do, though, is to lead you sneakily in that direction. Chances of developing a diabetes condition are higher for overweight people, and food rich in sugars can result in an unhealthy weight gain.

With that said, don’t let the clickbait words mislead you. Sugar consumption doesn’t cause cancer or diabetes immediately and inevitably right after your first cookie. But it may affect your overall health negatively. Mostly, it happens through the stage of being overweight, which, in its turn, may lower your resistance to other harmful factors or increase your chances of developing some worse condition.

Sugars take up so much our attention that we forget the other part of the crew. The family of carbs even boasts a component that can help you lose weight. That would be fiber - a complex carbohydrate that our body can’t digest. Since we can’t break it down into simple sugars, we don’t get as much energy from it as we do from other nutrients. But we still feel full after eating a fiber-rich meal - with a side of veggies, for instance.

Another complex carb is starch. As compared to the previous one, this component is not as diet-friendly, so to say. It consists of simple sugars which our body gets from it after the digestion processes. Sounds very similar to sugars. However, it’s helpful to distinguish between the two to understand what you eat better.

Myth 5. We must cut sugars from our diet completely

You don’t have to go crazy and declare a war on sugar. Natural sugars, for instance, are no evil at all. Considering all the benefits for health that food with natural sugars contains, avoiding them means cutting a rich source of vitamins.

On the other hand, there’s white sugar - the refined one we buy in a grocery store. This one is nothing else than a source of “quick energy”. You could have heard that sugar doesn’t provide a steady energy supply: it causes a skyrocketing raise and an equally dramatic fall shortly after. That results in people wanting to eat even more in just a couple of hours than they would without eating at all.

Surprisingly, synthetic fructose, unlike its natural sources, enhances the urge to eat more than glucose does. So, it wouldn’t make a better alternative. Research proves that stevia is the healthiest sweetener. But we recommend double-checking those kinds of statements, because, more often than not, research gets financing from the organizations interested in a particular outcome. So, stay alert to who tells what.

How much sugar is ok then?

The WHO says we shouldn’t exceed 25 grams of added sugars a day, or, more precisely, 5% of our daily calorie intake. This is calculated for people consuming around 2500 calories a day and is close to 6 teaspoons or ⅓ cup of white sugar.

It may seem a lot only until you run a check through your fridge and count the sugars in your food. Check your sauces, too - they’re astonishingly sweet.

So, can I get a PB&J sandwich with my morning coffee?

Sugar-wise, this kind of snack is ok if you get it once a day because there’s up to 20 grams of sugar in the whole portion. It would be just around your daily norm of sugar consumption.

Another question is how you like your coffee. Do you put sweeteners, creamers, syrups or milk in it? If there’s a yes for at least one of those options, chances are, you’ll go over the limit. Milk and cream are relatively harmless, compared to the others on the list. But don’t forget that lactose is also sugar - ½ cup of milk has around 6 grams of sugar (even if it’s skim milk).

Ways to make it healthier

All food with added sugars can be less dangerous to your shape and weight if you start choosing natural sweeteners over artificial ones. It doesn’t imply buying fructose instead of the regular white sugar - there are better options.

They’re together on the list because these sweeteners are almost equally awesome in terms of how many minerals they have. The catch is that it has to be a 100% natural product - pay attention to the labels on the bottles, especially with maple syrup.

Don’t expect them to help you lose weight, though - both are far from being on the low-calorie list. You benefit from the additional nutrients they contain, a lower glycemic index (which means your blood sugar level won’t jump as high as it would with sugar) and a bunch of other factors.

Your yogurt or cereal doesn’t have to contain sugar to be sweet. Put a few pieces of fruit in, and you’ll be surprised how tasty it will be. Melons, pears, grapes and persimmons, to name a few, are rich in sugar enough to make you think you added jam or syrup.

Fresh coconut is relatively low in sugars, but it still tastes as if slightly sweetened. The easiest option is to use shredded coconut as a topping, but fresh slices would give more taste. There’s also coconut sugar which has half as many calories as white sugar and is healthier for you.

Dried fruit (and its syrups)

Dehydration (which drying is in essence) turns fruits into a concentrate of everything they have. Therefore, half a handful of dried fruit can sweeten a whole good bowl of cereal. Alternatively, you can choose date syrup - as the name implies, it has dates instead of white sugar.

Since sugar is a taste booster, you can think of finding a substitute from another angle. A great way to enhance the taste of your food is to add spices or salt, where that is applicable. However, keep in mind that too much salt is no good either, and going hard on hot spices can be harmful to your stomach. Balance is key!

With sugar, as in many cases, everything boils down to being reasonable. The right thing to do is to reduce the amounts but don’t cut sugars out completely.

You can - if you find it possible for yourself - remove the white sugar because natural sugars are much better for you. Also, there are more ways to make food more palatable - maybe you’ll like something not from our list! If your organism gets enough of everything from various resources, a little sugar shouldn’t cause too much harm. 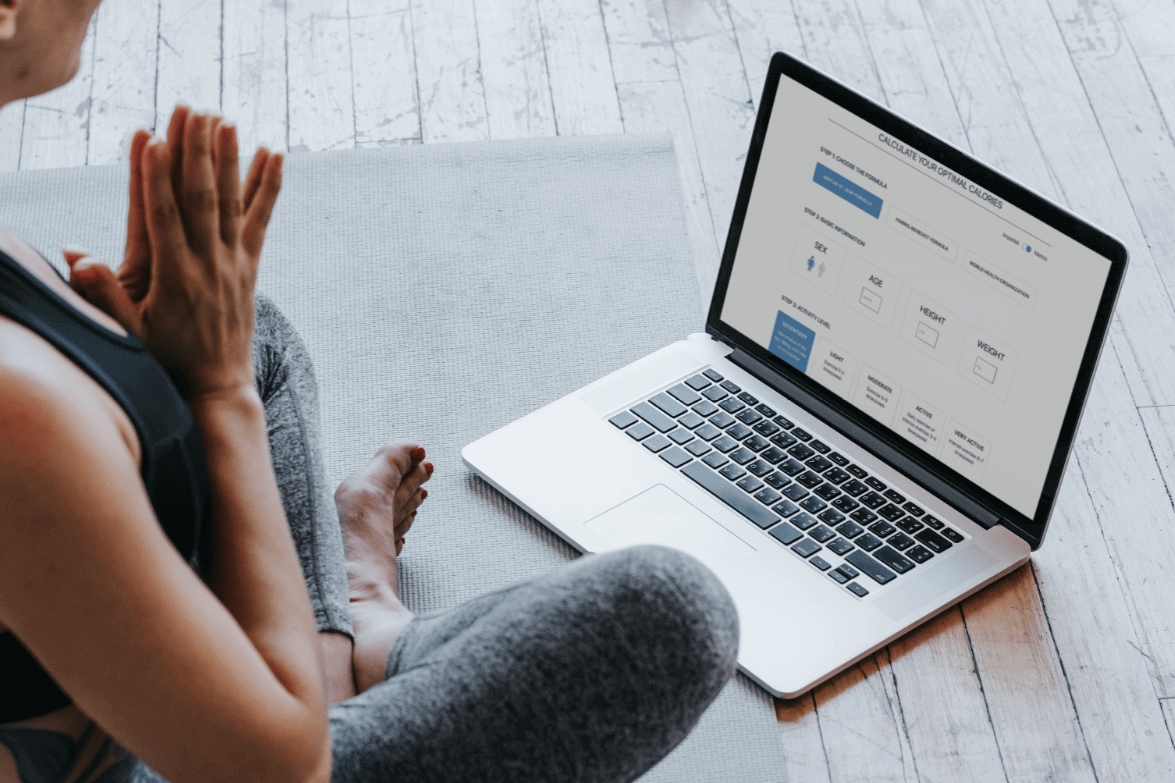 Continuing to throw great health blog ideas in, we can’t let you miss this news: a new, Pro version of WP Calorie Calculator is out! You may already know the… 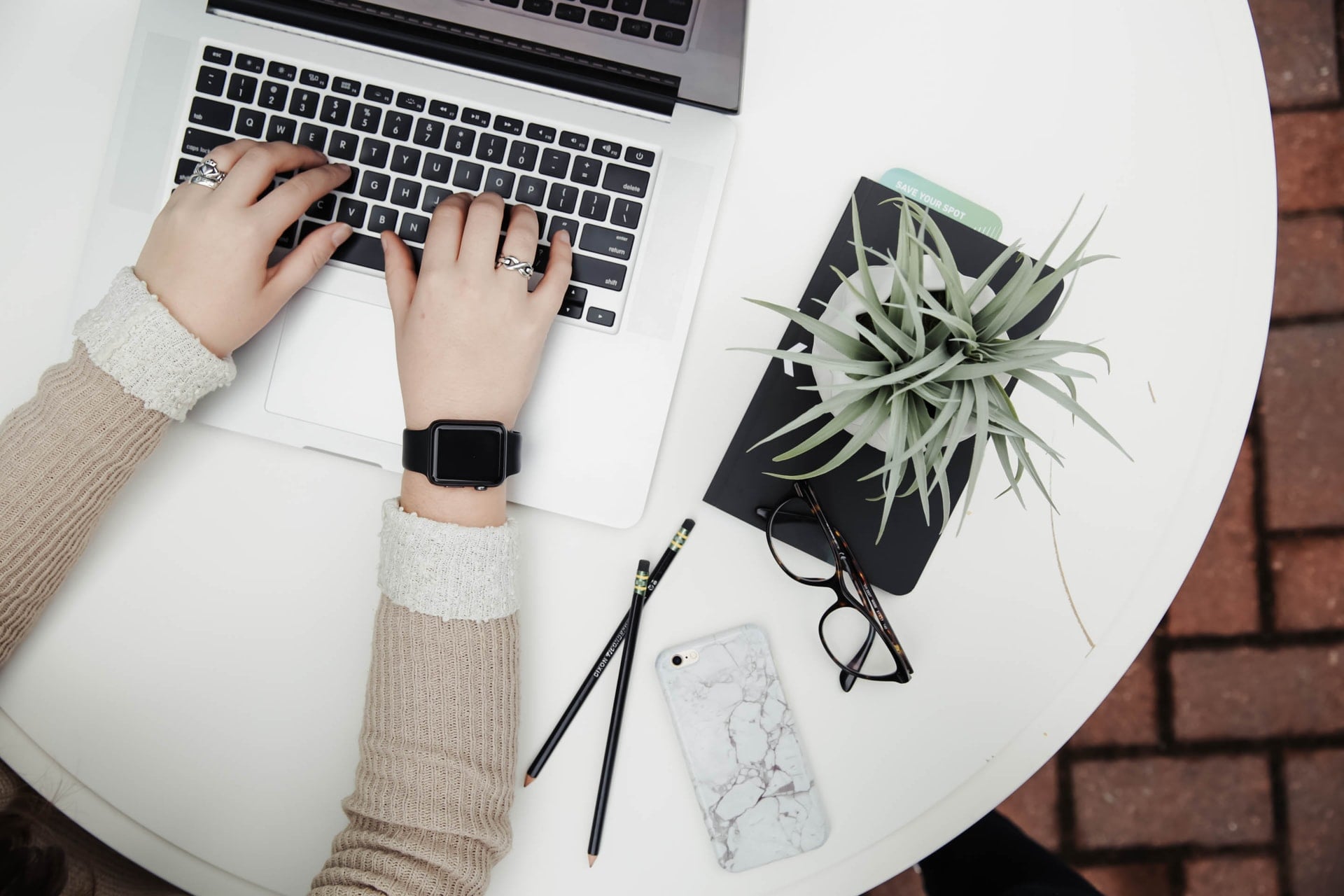 Eating healthy, exercising, living actively - those are some great values to promote. But there’s a dangerously thin borderline between recommending good practices and implicitly punishing for not following them.… 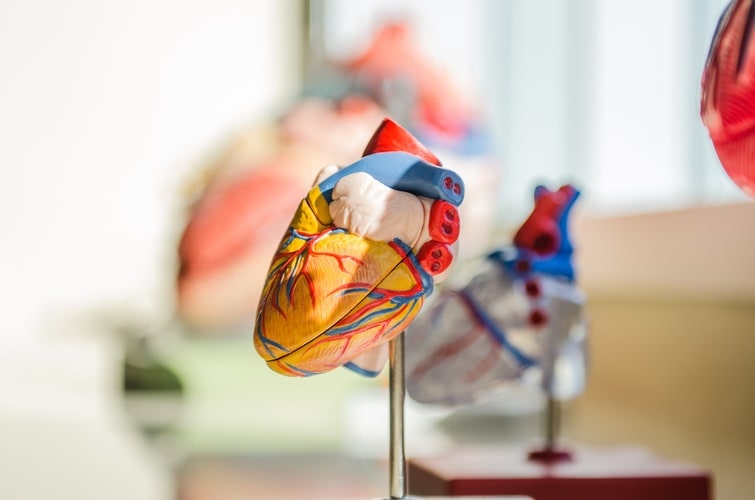 Heart disease is the leading cause of death, according to the Centers For Disease Control and Prevention. The CDC estimates that nearly half of these deaths were preventable. The World… 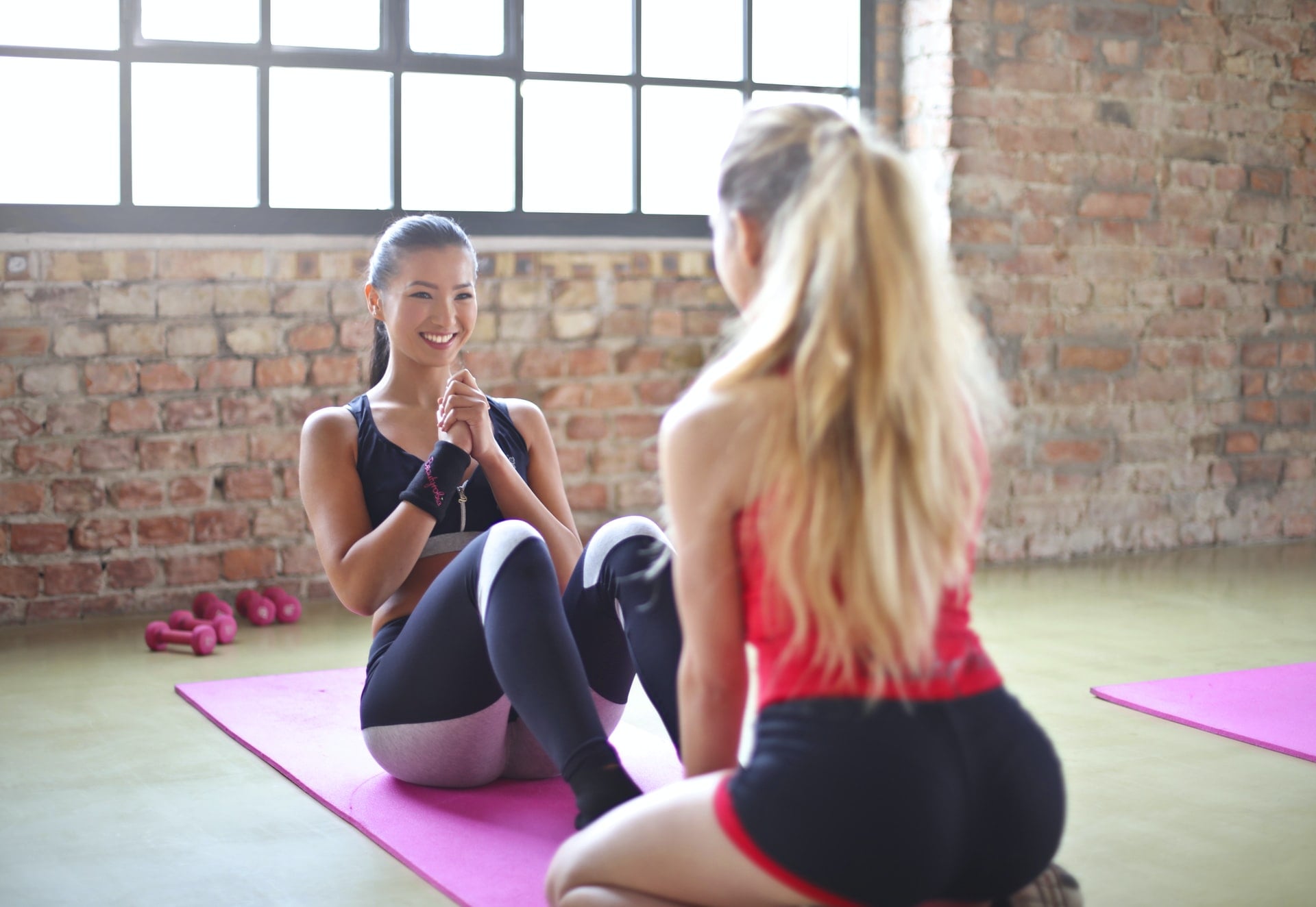 We work hard to be more healthy and fit, exercise regularly and eat right, but are we truly fit? Health and fitness involve living in a body that is reliable,… 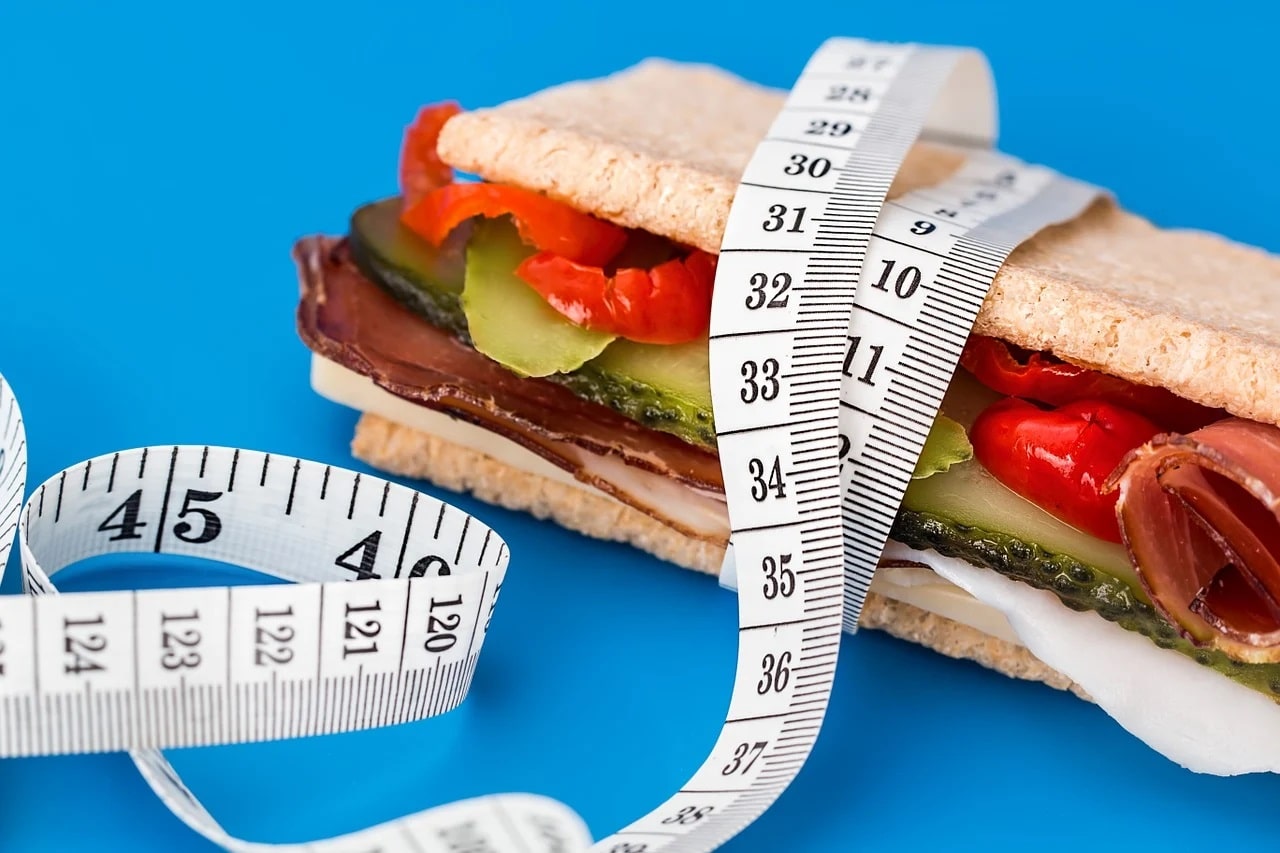 Losing weight is tough at the best of times. Every now and again, you find yourself craving junk food, feeling hungry, tired and miserable, and barely losing any weight at… 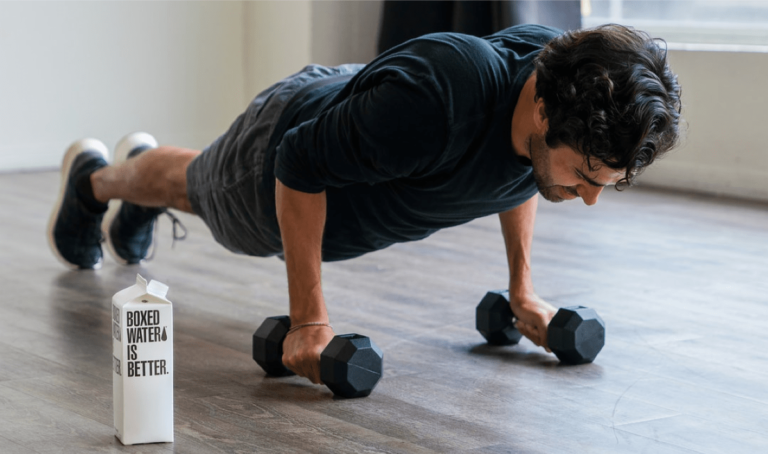 Actively Lazy: How to Fit Fitness into Your Daily Routine

We live busy and demanding lives with countless activities that pull us in many directions. Between work, school and kids, it just seems that there just isn’t any time left… 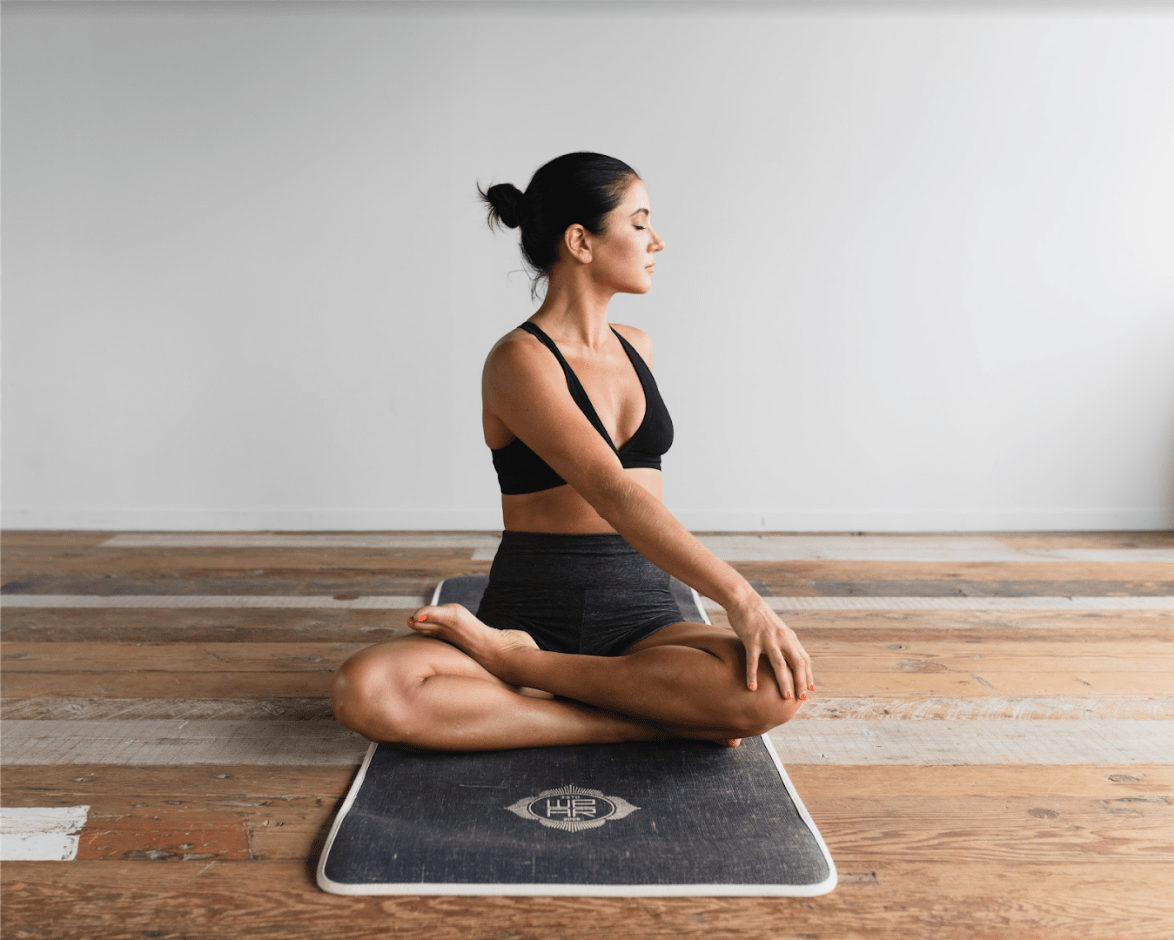 How To Exercise If You Work From Home

If you’re reading this, 99% chance* that your lifestyle is mostly sedentary with little to no physical activity on business days. *The number may or may not be the result…

Continuing to throw great health blog ideas in, we can’t let you miss this news: a new, Pro version of WP Calorie Calculator is out! You may already know the…

Eating healthy, exercising, living actively - those are some great values to promote. But there’s a dangerously thin borderline between recommending good practices and implicitly punishing for not following them.…

Heart disease is the leading cause of death, according to the Centers For Disease Control and Prevention. The CDC estimates that nearly half of these deaths were preventable. The World…